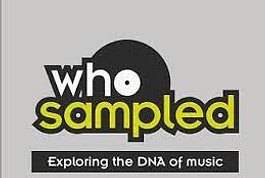 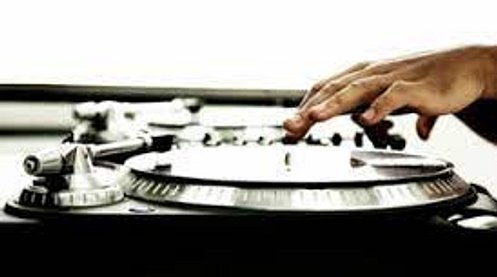 The most sampled decades: 70s, 90s & 2010s
Our analysis also shows that the 70s are back in fashion to sample. That decade is 122% more popular to sample compared to last year. The 90s also continue on an upwards trend, as it has been for the past three years. The 90s are 41% more popular to sample compared to last year—when it was already more popular to sample than ever before.
70s soul is back
An increase of 122% of 70s soul samples in Billboard’s Hot 100 charts shows another trend: the cherished spirit of the 70s keeps coming in and out of fashion. Cases in point: Motown classics found their way into new hits like Nicki Minaj’s “Fractions” and DJ Khaled’s “Sorry Not Sorry” featuring Nas, Jay-Z, and James Fauntleroy. For J. Cole’s The Off Season album, even 57% of all songs feature 70s soul samples.
Birth of Hip Hop
Sugar Hill Gang
Kool Herc
"
SAMPLING is one of the last places for growth in music. It's a way to cite other artists, to pay homage and to build communities across time. This isn't a new concept. Jazz musicians would 'quote' one another by borrowing riffs for their own songs.
John Delvento
Music Producer & Composer
Kyle Morrison
Casio Sponsored Artist PIANOMETAL
Sarah Barrios
A Los Angeles-based singer and songwriter of sleek, acoustic-leaning pop, Sarah Barrios tested her skills in songwriting contests and regional performance competitions before landing her first publishing deal in 2017. Her major-label debut EP, Letters I Never Sent, followed in 2020.
La Di Da Di
Funky Drummer
Amen Brother
42 Popular Songs
Ted Talk: Sampling

In your opinion is Sampling Legal?
Is this promoting the sampled artist?

Is this good for the music industry?
Any of your favorite songs use samples?
Sampling is widely considered the start of Hip-Hop...Agree or Disagree?

What Is Music Sampling? Music sampling is the process by which a musician or record producer uses a portion of an existing song in a brand new recording, looping it and layering it with new music in a new context.

THS Alumni that found their passion after taking Music Technology

To legally use a sample, an artist must acquire legal permission from the copyright holder, a potentially lengthy and complex process known as clearance. Sampling without permission can breach the copyright of the original sound recording, of the composition and lyrics, and of the performances, such as a rhythm or guitar riff. The moral rights of the original artist may also be breached if they are not credited or object to the sampling. In some cases, sampling is protected under American fair use laws, which grant "limited use of copyrighted material without permission from the rights holder".

Copyrighted, unlicensed music samples must be short in comparison to the original song. As a rule of thumb, samples should not exceed 30 seconds or 10% of the length of the original song, whichever is shorter.

Under U.S. copyright law, you do not have to obtain sample clearance if your sample is so altered that it does not infringe on the original, or your use is a fair one.

What Is Fair Use?

Fair use is the right to copy a portion of a copyrighted work without permission because your use is for a limited purpose, such as for educational use in a classroom or to comment upon, criticize, or parody the work being sampled.

Factors in determining fair use. When reviewing fair use questions, courts primarily look for three factors:

Career Pathway into the Music Industry become an Entertainment Attorney

In Music Technology I you will be required to work independently and have time management skills with each project.

Topics include but not limited to:

Queen and David Bowie sued Vanilla Ice claiming that the bass line in "Ice Ice Baby" was a direct copy of "Under Pressure." Vanilla Ice argued that they weren't the same because he added an extra beat. The court ruled in Queen and Bowie's favor and Vanilla Ice had to pay an undisclosed sum.

Roy Orbison sued 2 Live Crew saying that their use of his song "Oh Pretty Woman" in their song just called "Pretty Woman" was infringement. 2 Live Crew did use the full recording of his song, but they rapped over it, changing the meaning to something humorous. This is another case that went all the way to the Supreme Court. The court ruled that, while it is the same song, it was not infringement because it was a parody, which is transformative and often a form of criticism, therefore a fair use. This decision is a precedent that protects all other parody artists like Weird Al Yankovic