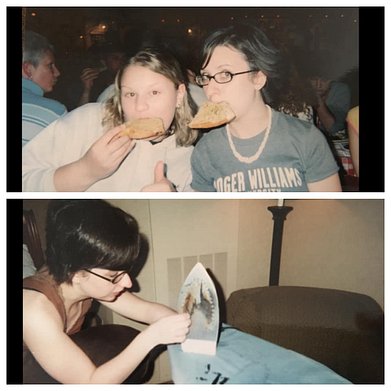 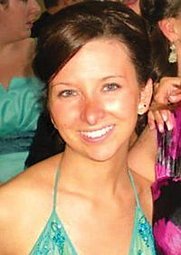 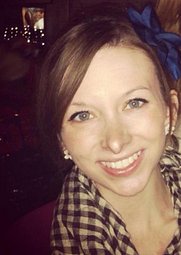 The Cancer Chronicles
My goal is to share my story and humanize a very complex life experience.
Click Here
Golden Heart
“There are people whose brilliance continues to light the world though they are no longer among the living”. ~ Author Unknown This varied, eclectic band work was written in memory of a former member of the Torrington, CT high school band. Jessica Sultaire played flute and trombone in the Torrington band, and these instruments are featured in the opening and closing of the composition. The variety of styles in “Golden Heart” reflect the vibrant spirit and determination of Ms. Sultaire to enjoy life to its fullest, even as she was suffering from the ravages of cancer. This is a profound, deeply felt work that reflects a true “Golden Heart”, and will be an inspiration to your band students and audience alike.
Click Here

“She was magic, that girl was just magic”

Below is from Bryant Archway - February 2017
When Jessica Sultaire sat down for her interview for the Bryant Academic Advising office five years ago, the other advisors knew there was something genuinely different about her. “She was so intelligent, witty, and empathetic” describes coworker Chris DaCosta, one of Jess’s close friends who interviewed her that day.

Jess got the job in July of 2012. Immediately upon starting at Bryant, it was clear that she belonged in the community, not just because of her advising skills but because she created an environment of trust and friendship with everyone she met. “It was never just a meeting where I would go in, pick classes and leave,” says senior Kelsey Wilkinson. “Jess remembered everything going on in my life whether it was school related, clubs, or about family and friends.”

Four months after starting her career at Bryant, Jess was diagnosed with stage 3C epithelial ovarian cancer. Immediately following her diagnosis, she began treatment which included a surgery in early December. Being forced to take time off from work, Jess spent most of the months following her diagnosis in the hospital, trying to figure out the proper way to navigate life with cancer.

During her first few visits to the hospital, Jess created a blog page surrounding the topic of her disease. Titled “The Cancer Chronicles: My account of the bold, bald, battle”, the page allowed Jess to communicate about her cancer in a way that continued to show her personality and spirit. Starting as early as her first entry, where she explains her type of cancer and what the doctors have recommended so far, her blog focuses on the support and uplifting attitudes of those around her, allowing readers to feel the positive outlook she had during a time of fear and pain. “Keep the positive thoughts going because I sure am.”

On the morning of February 16th, Jess passed away among her mother, father, brother Adam, and long-term boyfriend Cory, all of whom had been with her and provided her support and strength throughout her battle. Immediately upon being learning about Jess’s passing, the Bryant community was struck with sadness and appreciation for the time Jess had given them. “There’s a hole in advising” DaCosta describes. “I feel like I can say anything, but it won’t be enough. It won’t do her justice”.

There is no doubt that Jess left a lasting impact on the Bryant community, as well as everyone and anyone who was lucky enough to meet her throughout her 29 years. In 2015 Jess was award the “Rising Star in Academic Advising” award for the National Academic Advising Association, or NACADA. This award embodies her spirit and impact as an advisor who truly bettered the lives of every student that came into her office. Upon learning of her passing, NACADA has renamed the Rising Star award after Jess, which they describe as a small effort to honor someone who has done so much for the advising community.

Jess’s passion for giving is also shown in her dedication to the Izzy foundation, where she volunteered hours of her time to visit children and participate in galas and other fundraising events. The Izzy foundation, created in Hasbro hospital, is a group who helps children with debilitating diseases. Jess spent time with the children the Izzy foundation helped, oftentimes asking her friends and family to come with her and give back by giving some of their time as well. “It was heartbreaking, but important,” says DaCosta, who visited the foundation with Jess, and proceeded to decide to donate the money he raised training for a half-marathon to the children at the Izzy foundation. “Even if you didn’t like hospitals, she made it comfortable”.

Jess enjoyed many things outside of her career and her disease, especially if it involved being physically active. She loved running, and participated in color runs and other road races with friends both on campus and off. Jess even persuaded DaCosta to sign up for a half marathon, and on the days when he didn’t feel like running he was inspired to push through training because of her. One day when he tried to skip a long run, Jess’s personality got the best of him. “She said to me, ‘What, do you have cancer? Cause I do, and I’m going to the gym.’” It’s moments like these that define Jess’s spunk and humor that made her cancer manageable. Her unwavering determination to not let her disease work as an excuse to be treated differently was a feature that inspired all those around her.

Having been a nanny in her past, Jess loved working with kids, and hoped to someday adopt kids of her own with her boyfriend Corey. She was working on putting together a book for young people with cancer, hoping that it would send a message of unity and the idea that “you’re not alone in your journey, I’m going through this and I am doing just fine”. While she may have not had the chance to complete her book, her passion for helping children no doubt helped to comfort those who were also fighting the battle.

It is hard to know that there will be students the come to Bryant’s campus and do not get the opportunity to meet Jess. No one will ever compare to her uplifting spirit and uncanny ability to make you laugh when she had every right to be sad. There was no doubt she was scared of what her future would hold, but there was not a second that she let her cancer prevent her from doing anything she wanted to do. In her final blog entry in early February of 2017, Jess admitted how tired was feeling, but always followed up with a positive remark. “I just need to remember everything else I have overcome in previous years, when I go to that place of defeat in my head. None of it was easy or quick, and it all took work and patience. This is no different”. This passion, determination, and underlying positivity through it all; this is Jess.